The 32 projects are spread across the country. 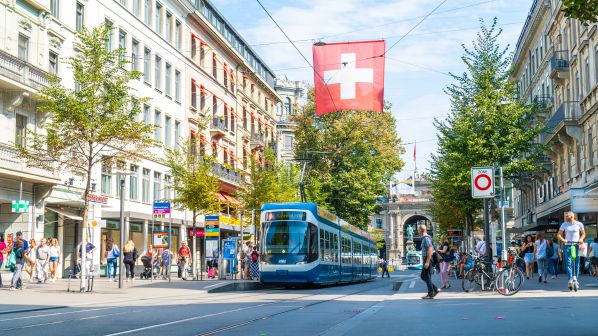 THE Swiss Federal government has proposed providing co-financing worth around SFr 1.3bn ($US 1.3bn) for 32 programmes through the Fourth Agglomeration Transport Programme to improve urban mobility in cantons, cities and municipalities across Switzerland, including public transport along with other modes such as walking and cycling.

The programme, run alongside similar schemes for the national rail and road networks, has been in operation since 2008 to improve coordination between public transport, the private car, pedestrians and cycling to transfer journeys to more sustainable modes.

The fourth round of the programme will focus on public transport as well as pedestrians and cycling, with 32 projects worth a total of SFr 6bn proposed.

Each project was evaluated against four criteria, and should improve the quality of the transport system, promote internal urban development, increase road safety and reduce environmental pollution and resource consumption. The federal council says all 32 projects are worthwhile, and plans to cover between 30% and 45% of the cost through the National Roads and Agglomeration Transport Fund (NAF). The remaining financing will be provided by the cantons, municipalities and cities.

Non-rail projects include a bundle of schemes to upgrade and improve road safety in Biel/Bienne, a cycle route in the Limmat valley, and the electrification of the bus system in Basel.

Consultation on the proposal opened on June 10 and will run until September 9.