SPANISH rolling stock manufacturer Talgo has selected JP Morgan, Santander, and Nomura as banking advisors to evaluate the possibility of launching an initial public offering on the Madrid stock exchange, which is provisionally valued at €400-500m. 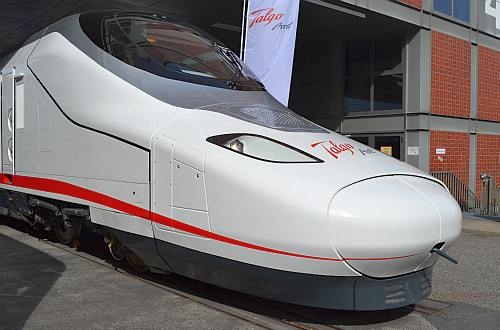 According to press reports, the banking advisors will now analyse the options available, starting with plans to float a 50% stake in Pegaso Rail International, the holding company which owns 100% of Patentes Talgo. Pegaso is currently valued at between €800m and €1bn.

Talgo has previously planned an IPO but put its listing on hold in 2011 due to turbulence in the financial markets.

Talgo is a major producer of passenger rolling stock and Spain is its main market, with more than 91 high-speed trains sold there since the early 2000s.

It has significantly expanded its business overseas in recent years with major operations in Saudi Arabia, where it is supplying 36 high-speed trains to SRO, and in Kazakhstan, where it has been awarded various contracts to supply and maintain hundreds of conventional coaches. Other markets served by Talgo include the United States and Uzbekistan.