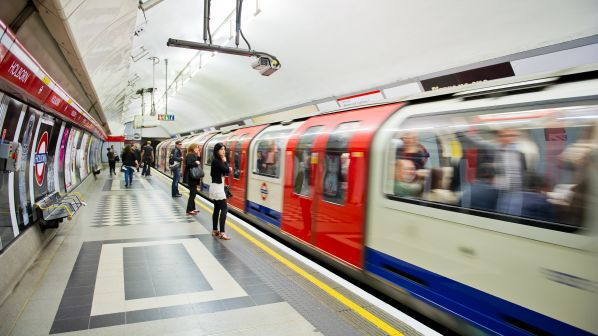 BRITAIN’s Transport for London (TfL) has reached a long-term funding agreement with the British government, the first since May 2021, which guarantees passenger revenue until March 2024.

TfL says the agreement confirms its ability to deliver its committed transport investment, including purchasing new trains for the Piccadilly Line and Docklands Light Railway, completing in-progress schemes such as the Four Lines Modernisation CBTC project, the Bank station upgrade and the transformation of Old Street Roundabout, and finalising the investment in the Elizabeth Line. The agreement also allows TfL to increase renewals in its infrastructure above the level it had budgeted to protect critical assets.

However, the agreement leaves a gap in TfL’s budget of around £740m in 2022-23 and 2023-24. In order to accept the agreement, TfL has had to identify measures which allow it to balance its budget, which includes holding its cash balance at £1.2bn, assuming benefit from the inflation mechanism built into the agreement, and the release of contingency funds from its budget.

This leaves TfL with a target for further savings of around £90m in 2022-23 and £140m in 2023-24 beyond the £730m per annum recurring savings programme TfL has already committed to. TfL says it is now working through what combination of levers will enable it to deliver this, including additional potential sources of funding if the savings cannot be met.

The last long-term financial agreement for TfL came into force on May 29 2021, and expired on December 11 2021, with TfL operating under short extensions since then.

“After weeks of negotiation, we have today reached agreement with government on a funding settlement until March 31 2024,” says TfL commissioner, Mr Andy Byford. “The agreement with government means that across the funding period, TfL expects to receive further base funding of around £1.2bn from government until March 2024 and gives TfL ongoing revenue support should passenger numbers not recover at the rate budgeted, which is crucial at this time of ongoing economic uncertainty. It helps us avoid large-scale cuts to services and means that we will commit £3.6bn to capital investment over the period, with around £200m of new capital funding from government beyond previously budgeted sources like business rates, which were devolved to the mayor in 2017. The agreement also allows us to increase our asset renewal programme to help ensure our network remains reliable, and means we can restore our Healthy Streets programme, making our roads safer and more attractive for those walking and cycling.

“The support offered by government left an unfunded gap in our budget, which we have been working hard to identify how we will fill. This work has made good progress and we are confident that we will achieve an outcome that allows us to balance our budget and maintain our minimum cash balance. We will need to progress with our plans to further modernise our organisation and make ourselves even more efficient, and we will still face a series of tough choices in the future, but London will move away from the managed decline of the transport network. We are grateful for the support of both the mayor and the government as we now set out to continue serving the capital and investing in safe and reliable services for the millions of people who need them.”

“The good news is that we have managed to win a number of key concessions from the government, which mean we will be able to avoid TfL having to make the devasting cuts to vital transport services previously proposed - moving us away from the managed decline of London’s transport network,” says London mayor, Mr Sadiq Khan. “However, I want to be frank with Londoners - this deal is far from ideal. The government is still leaving TfL with a significant funding gap, meaning we will likely have to increase fares in the future and still proceed with some cuts to bus services. There are also onerous strings attached, such as the government’s condition requiring TfL to come up with options for reform of TfL’s pension scheme at pace, which could well lead to more industrial action and more disruption for commuters.”