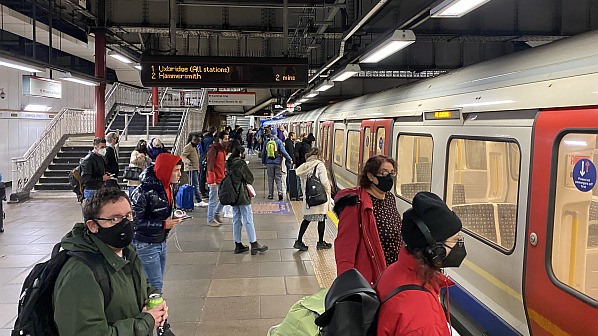 MANAGED decline of services and deferral of major upgrades by Transport for London (TfL) has been discussed at a finance committee meeting on November 24, with fears peak services could be cut by up to a quarter and London Underground (LU) trains built in 1972 could still be in traffic in the 2040s.

In a document released prior to the meeting, TfL, the local government authority that manages London’s transport including LU, some heavy rail services, Crossrail and buses, stated in the absence of capital and revenue funding pledges from government planning for the managed decline scenario must now take place.

“We would need to start enacting some changes immediately to start realising the financial savings in future years,” TfL says, adding that the case for additional funding will continue to be made. TfL will also continue to call for support to continue the recovery of passenger demand which would help mitigate the need to take the actions it warns of.

Under the managed decline option, TfL assumes that current commitments are honoured including the rolling stock contract for the Piccadilly Line won by Siemens and the Docklands Light Railway contract won by CAF. The £28bn Crossrail 2 line and the £2.88bn 7.5km Bakerloo Line extension remain paused.

Britain’s government has confirmed that revenue settlement for the remainder of 2021-22 will be considered closer to the expiry of the current funding agreement on December 11. TfL says that negotiations have yet to commence. Confirmation has also been received by TfL that the government does not intend to provide further revenue support beyond March 2023. This means that the funding gap will reach £1.7bn in 2022-23, £2.7bn in 2023-24 and £2.2bn in 2024-25.

TfL is required to make a submission to the Greater London Assembly (GLA) budget process on November 26.

Britain’s government, which has provided more than £4bn in support since the Covid-19 pandemic started, stipulated in the last TfL emergency financial agreement announced in June, when it received £1.08bn, that £500m-£1bn must be raised per year from 2023-24. As yet there has been no agreement reached between the Mayor’s office and government on proposed revenue raising options and therefore no budget assumptions can be made based on TfL having this extra revenue.

TfL says that 72% of its total pre-pandemic operating income comes through fares, compared with 48% in Paris and New York. Figures released on November 24 by the Department for Transport show that passenger numbers on the LU network are 60-65% of pre-pandemic levels. This increased to 75% on the weekend of November 20-21.