The shares include majority stakes in Knorr-Bremse and Vossloh. 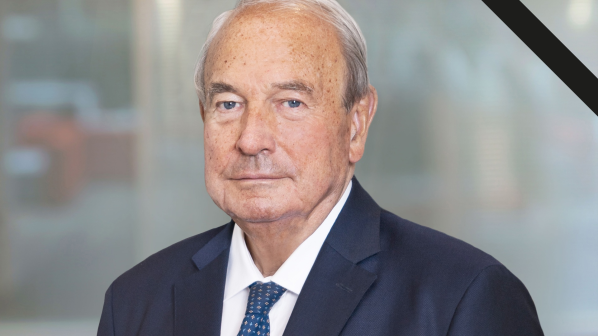 THE family of the late German businessman, Mr Heinz Hermann Thiele, have confirmed plans to transfer his stakes in Vossloh and Knorr-Bremse to a family trust, in accordance with the terms of his will.

The shares include a 59% majority stake in Knorr-Bremse and a 50.09% share of Vossloh. The shares will initially be held by Thiele’s wife Nadia under executorship, until the establishment of the foundation is completed by the end of the year by the will’s executor, auditor and tax consultant, Mr Robin Brühmüller.

“Heinz Hermann Thiele's wish was to secure Knorr-Bremse in the long-term,” Brühmüller says. “That is precisely what the establishment of the family foundation will do.”

“The decisions taken will continue to ensure stability and continuity at Knorr-Bremse and enable us to successfully pursue our course of dynamic and profitable growth in our core strategic areas in the future,” says Dr Jan Michael Mrosik, chairman of Knorr-Bremse’s executive board.

“With his forward-looking estate planning, he has now also ensured the future stability that the company needs to continue on its successful path,” says Dr Rüdiger Grube, chairman of Vossloh’s supervisory board. “We are very pleased that the Thiele family will continue to accompany us as anchor shareholder.”

Thiele’s daughter, Ms Julia Thiele-Schürhoff, will continue to be a shareholder in both companies, guaranteeing the family’s continued association with both Knorr-Bremse and Vossloh. The family is also expected to remain major shareholders in German airline Lufthansa, according to Reuters.

Thiele’s death aged 79 was announced on February 25. The German entrepreneur was a long-time chairman of Knorr-Bremse’s executive and supervisory boards, as well as a former chairman of Vossloh.