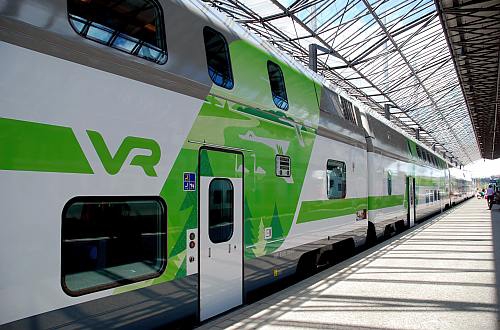 Improvements to rail passenger services, such as the launch of Turku Express, the provision of restaurant cars on all long-distance trains, and reductions in journey times, combined with cuts in fares, helped to increase rail passenger journeys by 4.4%. By comparison, VR’s bus services suffered a 13.1% fall in traffic. VR also managed to improve the load factor of its train services from 33.6% in the first half of 2015 to 37.6% this year. As a result, VR was able to reduce its first-half passenger operating loss from €2.1m in 2015 to €1.2m this year.

“We are particularly pleased with the increase in passenger numbers and the volume of freight transported,” says Mr Mikael Aro, VR Group’s president and CEO. “The revised pricing for passenger traffic has worked and attracted more passengers onto the trains, which are now running fuller than previously.”

VR Track, which carries out infrastructure projects in Finland and Sweden, has seen a four-fold increase in business in Sweden during the last four years. However, VR Track has not been able to benefit financially from this rapid growth, and it turned a first-half operating profit of €2.5m in 2015 into a loss of €7.7m this year.

VR Track is currently negotiating amendments to a loss-making track maintenance contract which means there is uncertainty over the division’s financial performance for 2016.

The Ministry of Transport & Communications reduced VR’s contract passenger traffic and increased its public service obligation at the start of 2016 which cut VR Group’s first-half profit by €6m and will reduce its full-year profit by €16m. Turnover and operating profit for the full year are also forecast to fall slightly.