FRENCH operator Transdev has announced an increase in revenue in its 2018 financial results, and says a change in the company’s shareholder base has allowed it to deploy a new commercial strategy. 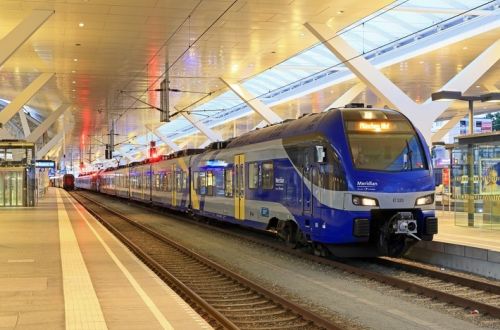 German services and utilities company Rethmann Group announced on January 10 that it had completed its acquisition of a 34% stake in Transdev, while Caisse de Dépôts retained exclusive control with more than two-thirds of voting rights and 66% of Transdev’s capital.

Transdev says it has now developed a new strategy, resulting in a shift in focus towards business to government (B2G) and a significant increase in its commercial successes, particularly internationally, where Transdev generates more than 60% of its revenue.

Revenue rose 2.7% to €6.9bn, with good momentum in France, particularly with its public transport and parking business, as well as in Germany and Australia. Ebitda was €364m, representing 5.2% of sales.

Current operating income was €115m in 2018. However, the company reported a net loss of €96m, following the strategic decision to substantially reduce Transdev’s exposure to business to consumer (B2C) activities in the United States and Europe. Transdev says these reorientations are reflected in asset write-downs, which mechanically impacted the group’s net income in 2018.

Net financial debt remained stable at €530m at the end of 2018, with shareholders’ equity of €934m, allowing the company to free up the financial resources for further development.

“2018 is a good year from the point of view of commercial performance, particularly internationally, where Transdev has made some significant achievements,” says Transdev Group chairman and CEO, Mr Thierry Mallet. “Beyond the financial results, it has proved a decisive year for Transdev, marking the consolidation of its shareholder structure and the definition of its new strategy, two key elements for the development of the group’s activities.

“The confidence shown by our many customers, who accounted for the more than €3.5bn in contracts acquired last year internationally, demonstrates Transdev’s essential value as an alternative to historical monopolies.”

Several local authorities in France renewed contracts with Transdev in 2018, while in Germany, Transdev won the €1.5bn contract to operate the Hanover S-Bahn network for a period of 12.5 years starting in December 2021.

The Great River City Light Rail consortium, which includes Transdev and CAF Rail Australia, won a €330m contract to supply and operate the Parramatta Light Rail, which is due to open in 2023. The consortium will also construct the depot, light rail stops and power systems.

To reduce its exposure to B2C activities as part of its shift in focus towards winning regional and local operating contracts, Transdev has opened exclusive discussions with FlixBus for the sale of its Eurolines-isilines long-distance bus company. The company is shifting focus to invest as a partner with public transit authorities.

Transdev is also looking to transform itself from a transport services operator into a mobility integrator that can supply Mobility as a Service (MaaS) solutions for local authorities. In 2018, Transdev and Mulhouse Alsace Agglomération opened the “Mobility Account” to the public, a first in Europe, which allows passengers to freely use all modes of travel available in the area.

With the liberalisation of the French regional passenger rail market in 2022, Transdev says it will position itself to compete in what it describes as a key market.

“Transdev’s objective is to make the train a credible alternative to individual cars in daily travel,” the company says. “Reviving rail transport in France must also help to revitalise small lines, which are an essential tool in the fight against mobility deserts, as has been successfully achieved in Germany.”