Talks continue between Transport for London and British government over financial support. 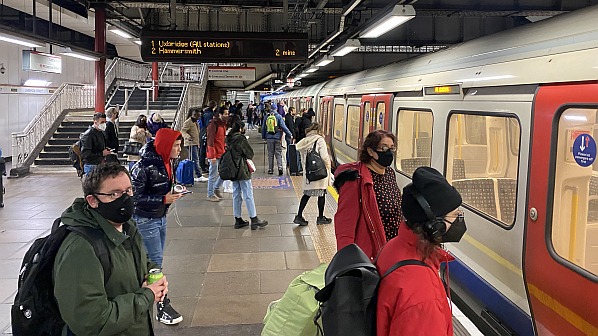 A short-term funding agreement for Transport for London has been agreed by the British government.
Photo Credit: Richard Clinnick

THE British government has provided Transport for London (TfL) with a short-term funding extension until December 17, while negotiations continue for a longer period.

TfL, which manages the London Underground (LU) network, the London Overground and TfL Rail main line services and Croydon Tramlink, agreed a funding package on June 1 that would cover the period from May 29 to December 11. This was designed to support transport services in London and contribute towards TfL’s forecast revenue loss caused by the reduced passenger numbers during the coronavirus pandemic. TfL claims that 72% of its income is from fares and it receives no government subsidy.

Secretary of state for transport, Mr Grant Shapps, said on December 13 that the DfT had received a letter from the mayor of London, Mr Sadiq Khan, on December 8 that provided further information on how TfL will raise income of between £500m and £1bn in line with the commitment agreed in June. Shapps claimed the response was late and should have been received by November 12. Shapps said that further clarification is required on these proposals and a new deadline of December 15 has been set. Should that be received, Shapps said work on an extended further settlement would then start.

The DfT has provided TfL with more than £4bn in financial support since the start of the pandemic. “Support has always been on the condition that TfL reaches financial sustainability as soon as possible and with a target date of April 2023,” Shapps says. He said TfL identifying new or increased income sources is integral to that objective.

TfL has said that without longer-term funding commitments a period of “managed decline” would have to be introduced, including the deferral of infrastructure upgrades and new train orders.

A feature with London Underground managing director Mr Andy Lord will be published in the January edition of IRJ.