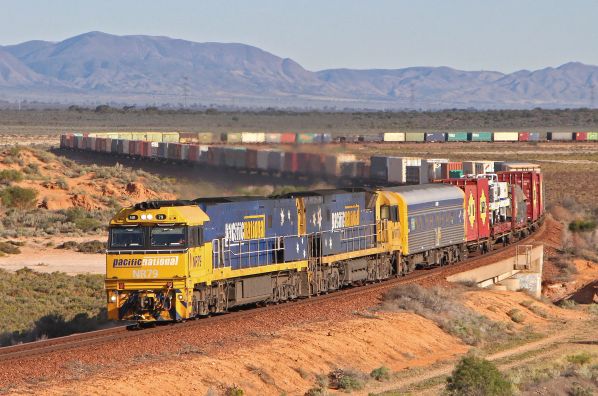 The project to convert nearly 1000km of the freight rail network in the northwest of the state from broad to standard gauge and increase axle loads from 19 to 21 tonnes started in 2016. However, work ground to a halt last year when the $A 440m of funding allocated to the project ran out with work only half complete.

The government says the new funding will fix some aspects of the original work, including re-railing of the line between Ararat and Maryborough. An upgrade to the 88km section of the track was completed in 2017, but used poor-quality recycled rail.

The extent to which the new funds will be used to fix this issue has not been revealed.

The Victorian government’s revised business plan, released in October, does not include the standardisation of broad-gauge lines running to the Mallee grain growing areas of Sea Lake and Manangatang, despite that being part of the original project.

However, the federal rescue package includes $A 5m for planning of full standardisation of the Victorian freight network.

Mr Michael McCormack, deputy prime minister and minister for infrastructure, transport and regional development, says work will include remediating the network after the early stages were left incomplete.

“It’s crucial that a reliable rail network is available to efficiently move grain, mineral sands, fruit and vegetables and wine, and to encourage more of that freight off the road network and on to the rail network,” McCormack said. “I will be asking the Victorian government to match the federal government’s $A 5m planning funding and come up with a robust plan for full standardisation.”