Uganda cancels $US 2.3bn SGR deal with China and turns to Turkish firm

Promised funding for the line had not been forthcoming from China. 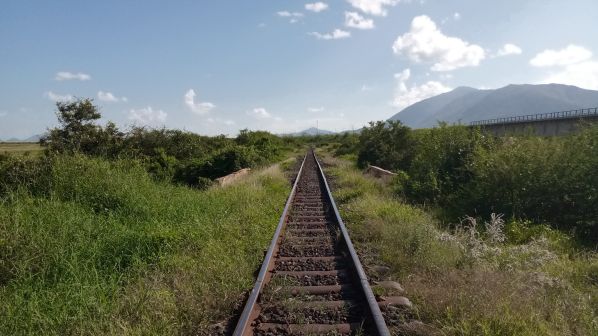 The government has focused on rehabilitating part of its 1000mm-gauge network while construction of the Malaba - Kampala SGR line has been delayed.
Photo Credit: Wikimedia/TTC dude

UGANDA has cancelled its $US 2.3bn deal signed with China Harbour Engineering Company (CHEC) in 2014 to build a 273km standard-gauge route from the capital, Kampala, to the Kenyan border town of Malaba, and has instead signed a memorandum of understanding (MoU) with Turkish civil works contractor Yapi Merkezi.

Uganda’s project coordinator, Mr Perez Wamburu, said last week that the government would instead use syndicated loans from export credit agencies to finance the project. Wamburu said the Export-Import Bank of China had yet to respond to Uganda’s latest request for funding nearly two years after it was submitted, after previously responding immediately to its proposals.

“From the time of our last financing submission in February 2021, we have heard only silence,” he told The East African. “After submission, we waited for a few months, it was silence, and up to now, it’s still silence from Exim Bank.”

Uganda is now reportedly considering taking an alternative route to the coast through its southern neighbour Tanzania, where Yapi Merkezi is already involved in the construction of the Standard Gauge Railway (SGR) network. This could impact the commercial viability of Kenya’s under-construction SGR.

South Sudan, Kenya, Uganda and Rwanda had agreed about a decade ago to build an SGR to carry freight and passengers between Mombasa and the South Sudanese capital of Juba via Malaba, Kampala and Kigali. Kenya received $US 5bn from the Export-Import Bank of China to build the first phase of the railway, from Mombasa to Naivasha in the Central Rift Valley, which was completed in 2017. But plans for the extension of the line to Malaba on the border with Uganda have stalled.

The Kenyan government last year announced it was asking for a longer repayment period for the $US 5bn lent by the Export-Import Bank of China to fund construction of the SGR from Mombasa to Naivasha.

In July, Tanzania Railway Corporation (TRC) signed a $US 900.1m contract with Yapi Merkezi for the construction of the Tabora - Isaka section of the 1219km Dar es Salaam - Mwanza SGR.

The South China Moring Post reported that Chinese foreign ministry spokesman, Mr Wang Wenbin, would not give a direct answer on the termination of the deal with Uganda but said China and Uganda “have a comprehensive cooperative partnership and the practical cooperation between the two countries is a pacesetter for China-Africa cooperation”.

“Over the past few years, China and Uganda have conducted a series of fruitful cooperation on railways, hydropower stations, expressways, oil and gas development and infrastructure, bringing tangible benefits to the two peoples,” Wang said. “China stands ready to work with the international community to continue to carry out infrastructure, investment and financing cooperation with African countries.”