THE International Association of Public Transport (UITP) says initial data on the possible impact of the Covid-19 pandemic on public transport in Europe shows that operators are set to suffer a €40bn shortfall in farebox revenue by the end of 2020. 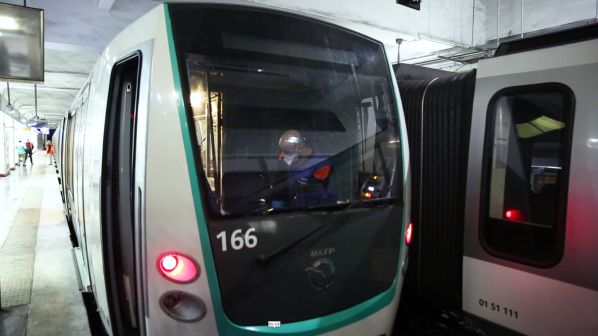 RATP has reported a €320m loss in farebox revenue over the past two months.

In the data submitted by UITP members by May 7 and released on May 13, Germany’s public transport sector is expected to report a loss of €5-7bn, including €150m by BVG in Berlin. In France, outside of Paris, local transport farebox revenue is expected to fall by more than €1bn with losses relating to accessing public transport estimated at €2bn. In Ile-de-France region centred on Paris, Ile-de-France Mobility has already reported losses of €2bn since the beginning of lockdown restrictions in mid-March. Paris Transport Authority (RATP) has lost around €320m with ridership dropping by 95%.

Among the other data received:

In light of the data, the UITP has brought together 80 CEOs and city representatives from 20 countries across Europe to sign an open letter calling on European institutions to include urban public transport as one of the strategic sectors included the EU’s plan for recovery from the Covid-19 pandemic.

The UITP says that to limit the consequences of the crisis on the public transport sector, exceptional targeted measures need to be adopted at the EU level and deployed rapidly.

“Public transport is a key accelerator of the economy, job creation, social inclusion, health and sustainability–and by signing our Open Letter, these CEOs and city representatives recognise its important role,” the UITP says.

“The Covid-19 pandemic has demonstrated that urban public transport is essential and a common good we have to preserve. The sector is strongly inter-linked with many other economic sectors and develops economic benefits that are five times higher than its own turnover.

“Moreover, the crucial objectives of the Green Deal will not be met without a clear priority given to public transport. Consequently, public transport and local mobility systems are vital to the recovery of the European economy, both in the short and long term.