The federal government’s Partnership Programme is targeting infrastructure improvements outside of the North East Corridor. 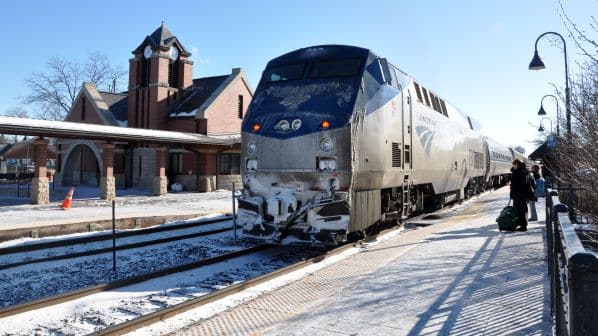 The funding will benefit infrastructure improvement projects outside of the NEC, including potentially in Illinois.
Photo Credit: Shutterstock/Joe Ravi

THE United States Department of Transportation (USDOT) has announced the availability of almost $US 2.3bn in funding in fiscal year 2022 to expand and modernise inter-city passenger rail across the US outside of the North East Corridor (NEC) that runs between Washington DC, New York City and Boston.

The funding has been made available through the Federal-State Partnership for Intercity Passenger Rail Grant Programme (Partnership Programme).

Administered by the Federal Railroad Administration (FRA), the Partnership Programme funds the revitalisation of rail assets used by inter-city passenger services. However, the Biden administration’s Bipartisan Infrastructure Law is greatly expanding the scope, funding and vision of the Partnership, according to USDOT, in line with the White House’s greenhouse gas reduction and climate resilience targets, its desire to improve energy efficiency, reduce pollution and offer support for domestic manufacturing.

Eligible entities for the first round of funding under the Infrastructure Law can now apply to expand and establish new inter-city passenger and high-speed services. Projects that improve the safety, reliability, and performance of inter-city services and project planning elements, such as environmental review and final design, are also now eligible for funding under the Partnership Programme.

Potential beneficiaries include the California High Speed Rail project while proposals could emerge from Illinois, North Carolina, Washington, and Virginia. Applications in response to the FRA’s Notice of Funding Opportunity (NOFO) are due by March 7 2023.

“This Partnership Programme NOFO offers exciting opportunities to expand federal support for inter-city passenger and high-speed rail services to all parts of our nation,” says FRA administrator, Mr Amit Bose. “FRA will work closely with states and stakeholders to provide sustained and dedicated investments in this vital mode of transportation, and together, we will reshape America’s passenger rail network for generations to come.”

Eligible applicants include a state, a group of states or interstate compact; a public agency or publicly-chartered authority established by one or more states; a political subdivision of a state; Amtrak; a federally-recognised Native American tribe; or any combination of these entities.

“This is a historic opportunity to modernise inter-city passenger rail and Amtrak service to underserved communities across the nation,” says Amtrak president and CEO, Mr Stephen Gardner. “We thank the administration and congress for making this opportunity a reality, and we look forward to working with the FRA and our state partners to provide more trains to more people in more communities.”

A similar NOFO is expected imminently for NEC improvement projects. The FRA identified the priority projects on the NEC, which will be eligible for up to $US 24bn of funding, last month.