US railways to spend $US 24.5bn this year

THE Association of American Railroads (AAR) says the major freight railways in the United States plan to spend an estimated $US 24.5bn in 2013 on motive power, rolling stock and infrastructure improvements. 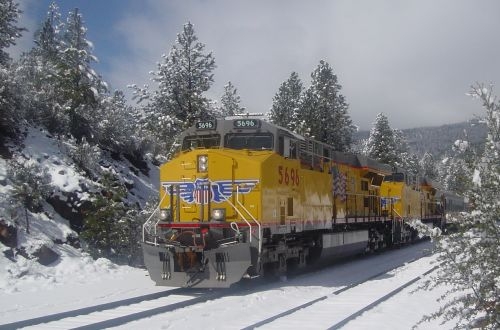 This includes $US 13bn in projected capital expenditure, which will go toward increasing capacity.

"While most other transport modes rely on government funds, America's freight railroads operate on infrastructure they own, maintain and upgrade to serve their customers and power our economy," says AAR president and CEO Mr Edward Hamberger. "This year, freight railroads plan to continue to focus on investments that maintain and enhance our physical infrastructure and safety systems, including cutting-edge technology that ensures we are ready to deliver for the future."

The spending will be directed at such things as intermodal terminals; track, bridges and tunnels; modernised safety equipment; new locomotives and freight wagons.

In recent years, US railways have allocated roughly 17% of their annual revenue on capital expenditure, compared with the average US manufacturer which spends around 3%. The freight railways also estimate they will hire more than 11,000 employees this year, primarily in response to retirements and attrition. With about 22% of the workforce eligible to retire in the next five years, railways are seeking to recruit highly-skilled people interested in making railroading a career. In the first five months of the year, railways will participate in more than 70 career fairs across the country.