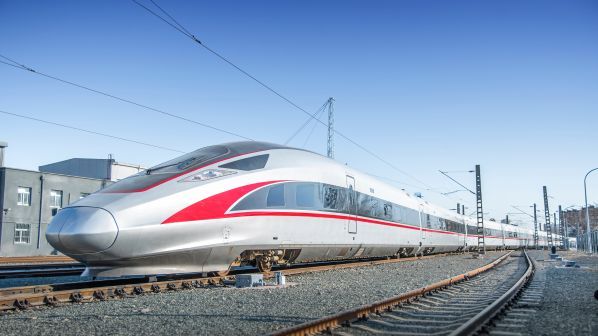 If approved, Vietnam's North-South Express Railway is expected to be equipped with Chinese-built high-speed EMUs similar to this.
Photo Credit: Shutterstock

VIETNAM’s Ministry of Transport will submit for cabinet approval next month an investment policy for building the North-South Express Railway, a long-standing project for a double-track, 1435mm gauge route to connect Hanoi with Ho Chi Minh City.

The new 1545km electrified railway would serve 20 cities and provinces from north to south, including Da Nang. It would be designed for a maximum speed of 320km/h.

The project is expected to cost $US 58.7bn. Of this total, $US 1.98bn would be for property acquisition and clearance, $US 31.58bn for construction itself, and $US 15bn for equipment.

Construction would be undertaken in two phases. The first phase would see $US 24.72bn spent to build the Hanoi - Vinh and Nha Trang - Ho Chi Minh City sections, due for completion in 2032.

The remaining section between Vinh and Nha Trang forms the second phase, to be completed by 2050 at a cost of $US 33.99bn.

The Ministry of Transport has been conducting studies for the North-South Express Railway project since 2005, and has been in consultation with government departments and other organisations to develop and revise the pre-feasibility report for the project.

It has also asked for written agreement from the 20 cities and provinces along the route of the new railway.

Given the unprecedentedly large scale of the project, the Vietnamese government has established a State Appraisal Council to assess the pre-feasibility report.

Meanwhile, the Ministry of Transport recently approved a $US 51m project to upgrade the 996km Vinh - Nha Trang section of the existing 1000mm gauge railway running from Hanoi in the north of Vietnam to Ho Chi Minh City in the south.