VOESTALPINE Railway Systems has expanded its international production capacities with the purchase of a turnout manufacturer in France and new shareholdings in China and Argentina. 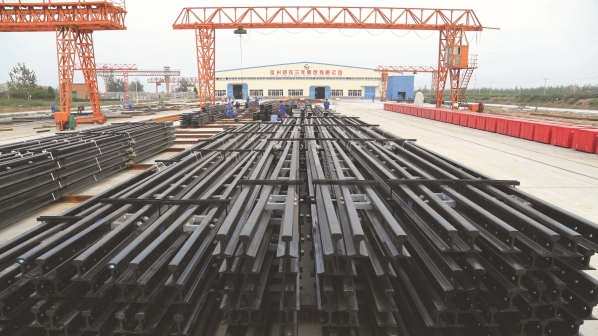 Voestalpine has purchased the Lietaert Industrial Equipment Company (SEI.L) turnout manufacturing plant near Paris. The company says the acquisition will position it as a major supplier for French National Railways (SNCF).

“Over the next 10 years, SNCF will be investing heavily in its infrastructure,” says Mr Franz Kainersdorfer, member of the Voestalpine management board and head of its metal engineering division. “As a local producer, we can now meet this growing demand for turnouts.”

The company also plans to use the facility to expand its business activities in other areas where SNCF is active, such as North Africa.

Voestalpine has expanded its position in China, purchasing a stake in Sanjia Turnouts, an established turnout manufacturer with around 150 employees located in Ruzhou. This expands on the company’s Chinese Turnout Technologies (CNTT) joint venture with China Railway Shanhaiguan Bridge Group (CRSBG), created in 2007.

“The Chinese government is planning to build more than 100 new light rail and metro systems in cities with over one million inhabitants,” Kainersdorfer says. “Our second joint venture has given us even better access to these projects.”

“Despite the current challenging economic environment, the railway infrastructure sector is showing stable development,” says Voestalpine CEO, Mr Herbert Eibensteiner. “The latest acquisitions are an important step in optimally positioning the group in this market and manufacturing our products as close as possible to our customers. We will also continue to consistently push ahead with innovations for the digitalisation of the railways.”