VOSSLOH has finalised the sale of its Locomotive business to CRRC Zhuzhou Electric Locomotive (CRRC Zelc), a subsidiary of CRRC, with the deal effective May 31. 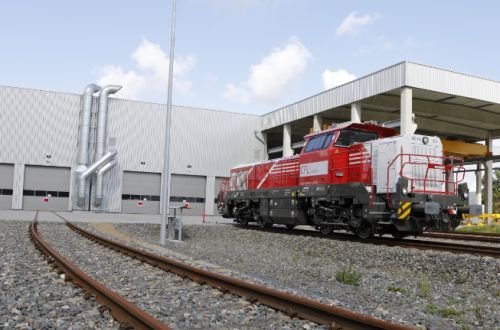 Finalisation of the sale follows approval of the transaction by the German Federal Cartel Office on April 27 with all other official approvals required in Germany and abroad now granted.

“The sale of our Kiel-based locomotive business is an extremely important milestone in Vossloh's strategic development,” says Mr Oliver Schuster, Vossloh CEO. “It marks the end of a fundamental realignment of our company over several years. From now on, Vossloh's focus will be entirely on rail infrastructure products and services. I am delighted that in CRRC Zelc we have found a strong, reliable and above all long-term buyer for our former Locomotives unit. We are convinced that the future prospects of Locomotives will improve significantly with CRRC ZELC as the new owner.”

By parting with the Locomotive segment, Vossloh has sold the remaining unit of three that made up its Transportation division. The Rail Vehicles and Electrical Systems were sold respectively to Stadler in 2015 and Knorr Bremse in 2017.

Vossloh Locomotives is the market leader for the production of diesel-powered shunting locomotives in Europe, with sales of more than €100m in 2019. CRRC, meanwhile, is the world’s largest rail vehicle manufacturer, but with most of its sales in China. The CRRC Group employs more than 150,000 people, and generated €27.5bn in sales in 2018. CRRC Zelc was founded in 1936.

CRRC Zelc inherits the company’s 18,000m² €30m factory in Kiel, which officially opened in January 2018. The plant replaced the previous production facility at the site, which opened shortly after the conclusion of World War 1.