Vossloh optimistic for 2014 despite earnings drop 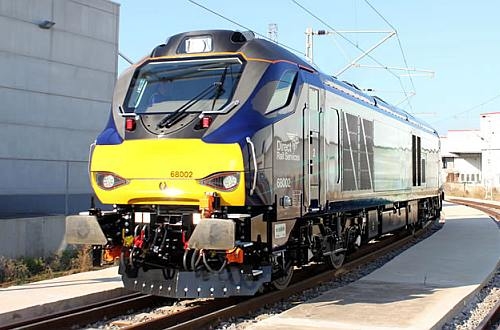 Vossloh says the decline is the result of additional expenses incurred in processing several projects and the extensive non-recurring charges resulting from a legal dispute in its transportation division. The company was one member of a cartel including ThyssenKrupp and Moravia Steel, Czech Republic, which was sued by German Rail (DB) for reportedly fixing railway steel prices between 2001 and 2011.

While Europe remains Vossloh's primary market, sales in other regions increased slightly to 37.4% of total sales, which compares with slightly less than 10% at the beginning of 2007.

"In recent years our markets have undergone major change," says Mr Werner Andree, Vossloh CEO. "Tight public budgets in our core market of Europe are weakening demand considerably, and we are thus having to deal with more intense competition as well as the resulting price pressure."

The Rail Infrastructure division increased sales by 13.1% to €896m, or 67.8% of total group sales. However, sales in the Transportation division fell in both the Electrical Systems and Transportation Sectors by 5.7% to €425.2m due to delays in demand and project processing.

Andree added that he is optimistic that the company will report a significant increase in revenue in 2014.

"With our internationalisation and product strategy we have developed regional growth prospects which form the basis of the future success of Vossloh," Andree says. "We are confident that Vossloh will increase its revenues in the current year by over 10% and that Ebit will improve significantly."