VOSSLOH announced on March 23 that it achieved increased profitability in 2016 after it focused on higher-margin projects as well as efficiency and cost management enhancements. 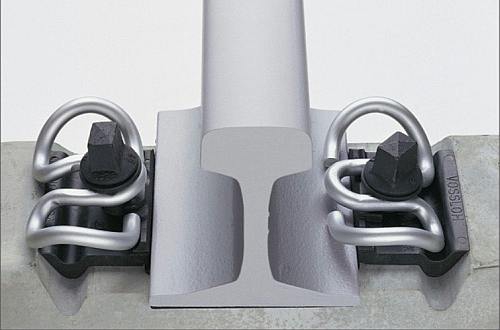 Vossloh also says it has made further progress on becoming a company purely focused on rail infrastructure, selling its electrical systems business unit at the end of January. Its market position in the United States has improved following the $US 117.2m acquisition of Rocla Concrete Tie to form Vossloh Tie Technologies, the second business unit in Vossloh’s core components division.

Net debt was significantly reduced from €218.6m at the end of 2015 to €83.9m in 2016, and the successful completion of the capital increase conducted in June 2016 shows that equity including non-controlling interests increased to €550.8m compared with €428.7m in the previous year.

The core components division recorded sales of €257.1m in 2016, slightly up on the previous year’s €256.6m, but in the customised modules division sales were down by 5.9% from €523m to €492.3m due to a lack of demand in the American freight market. Meanwhile, the lifecycle solutions division reported a stronger financial year in 2016 as sales rose from €71.7m to €83.5m.

Sales in the transport division fell slightly from €109.6m to €109.3m. However, this division has not been part of the core business since the end of 2014.

Vossloh is anticipating a sales increase to between €1bn and €1.1bn for 2017, as it predicts revenue growth will be primarily supported by the first-time inclusion of the Tie Technologies business unit.