Vossloh reports rise in first half earnings despite pandemic

VOSSLOH has announced an increase in earnings for the first half of this year, despite the negative impact of the coronavirus pandemic. 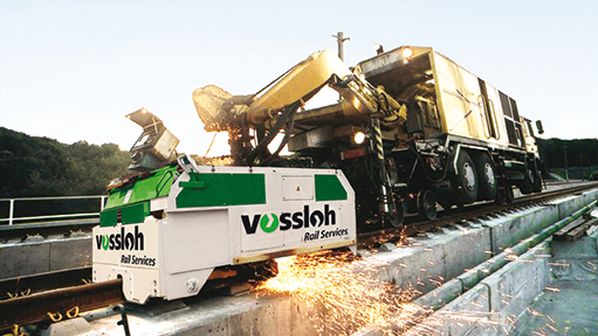 Earnings before tax and interest (Ebit) rose to €30.1m, increasing by €9.6m compared with the same period in 2019, with a margin of 7.6%. Vossloh says the inception of a Chinese fastening systems joint venture in the first quarter is a significant cause of the rise. However, Vossloh estimates that Ebit would have increased by a further €10m without the impact of the Covid-19 pandemic, which caused temporary production shutdowns and project delays.

Additionally, Vossloh estimates that disruption caused by the coronavirus pandemic has reduced potential sales by up to €30m compared with the company’s original projections for 2020.

Vossloh says that the coronavirus pandemic had no discernible impact on the intake of new orders during the first half of 2020. Orders for the company declined slightly to €494.8m for the period from a portfolio-adjusted figure of €518.8m in 2019.

Orders were well in excess of sales, with a book-to-bill ratio of 1.26, resulting in the order backlog rising to €656m compared with 2019.

Vossloh credits the success to an extensive programme to improve performance which the company began implementing in 2019. This included the sale of the loss-making Vossloh Locomotives division to CRRC in May, as well as a reduction in staff numbers to 3487 people in June 2020, compared with 3865 in the previous year.

“In light of the impact that Covid-19 has had, we couldn’t have chosen a better time to implement last year’s performance programme in order to improve our profitability and self-financing power,” says Mr Oliver Schuster, CEO of Vossloh. “The positive effects are obvious and will help us to be even more profitable going forward. Completing the sale of the locomotive business has given us additional stability. Removing these losses and cash outflows will have a positive impact on our earnings per share and free cash flow in the future.”