SALES for the Vossloh Group increased by 8.7% to €319.8m for the first three months of 2015. With strong growth in non-European markets, sales grew particularly strongly outside Europe and now account for 42.5% of total sales compared with 34.9% in the first quarter of 2014. 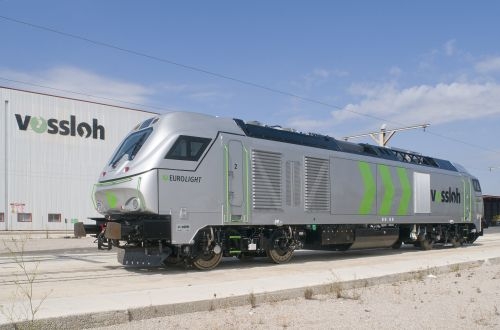 However, first quarter Ebit decreased from €6.5m in 2014 to €1m this year, which Vossloh mainly attributes to lower Ebit in its Core Components division as well as a higher loss in the Transportation division.

Vossloh's Customised Modules infrastructure division, which includes switches and control and monitoring system, generated first-quarter sales of €115.9m, a 19.4% increase on the 2014 figure of €97m. First-quarter Ebit for the division increased slightly to €5.5m.

First-quarter sales for the Lifecycle Solutions division, which specialises in rail and switch maintenance, were down slightly at €11.9m but, due to seasonal fluctuations, the division's negative Ebit worsened from €1m in 2014 to €1.6m this year.

First-quarter sales in the Transportation division, which includes locomotives and LRVs as well as components and services, recorded an 11% increase from €115.3m in 2014 to €127.9m. Despite this, Ebit was negative at €5.6m, considerably worse than the negative Ebit of €4.7m in 2014.