FINLAND's weak economy was the major factor in a fall in demand for long-distance VR Group services and group revenue in the first quarter of 2015, although overall rail journeys increased by 0.5% following a rise in demand for commuter and mass transit services. 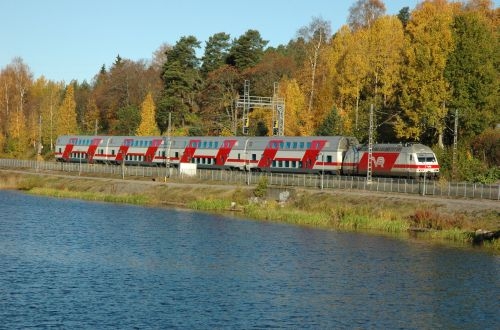 Domestic long-distance journeys fell by 5.5% with journeys between Finland and Russia also suffering due to the weak Rouble and the crisis in Ukraine. Turnover for passenger services decreased by 5.6% year-on-year in the first quarter to €135.4m from €145.1m in 2014, following a ticket price cut.

One piece of encouraging news was the performance of VR Track. Turnover increased by 9.1% year-on-year to €52.2m following growth in its Swedish and Finnish maintenance operations while its order book remains strong. This performance helped to reduce operating losses to €4.6m.

The forecast for the year is similarly bleak. Comparative turnover is expected to fall resulting in significantly lower year-on-year earnings with uncertainties over the prospects for growth in both freight and passenger transport sales.