VTG announced on January 6 that it has completed the acquisition of Swiss wagon leasing company Ahaus Alstätter Eisenbahn Holding (AAE) following approval of the transaction by competition authorities in Germany, Austria, Poland, and Russia. 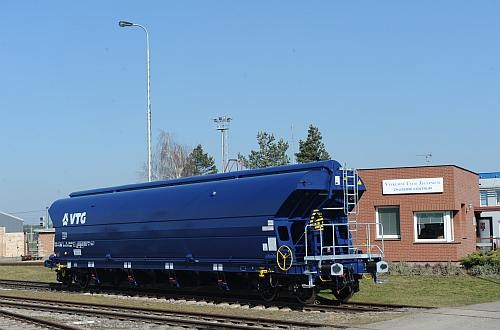 The acquisition, which was announced in September, increases VTG's capital in the company by 34% to €28.8 million and 7.4 million new shares have been issued.

The completion of the takeover increases VTG's European wagon fleet from 50,000 to 80,000 vehicles. The average age of the AAE wagons is around 15 years which is significantly lower than the 23-year average of the VTG fleet. The age profile of the overall fleet has therefore been reduced to an average of 20 years.