HAMBURG-based wagon leasing company VTG announced on September 29 that it has agreed to acquire Switzerland's Ahaus Alstätter Eisenbahn Holding (AAE) in a takeover that will increase VTG's European lease fleet from 50,000 to 80,000 vehicles. 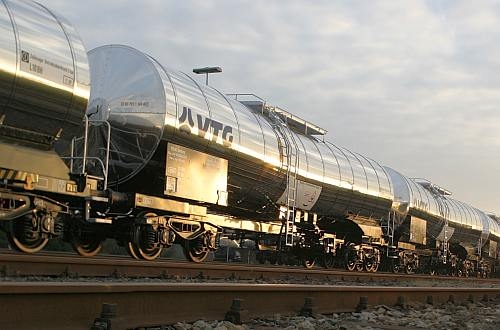 VTG says AAE's fleet consists largely of intermodal wagons and therefore closes a key gap in its product portfolio. The average age of the AAE fleet is 15 years, compared with 23 years for VTG.

"Acquiring AAE represents a major strategic step forward for our company," says Dr Heiko Fischer, CEO of VTG. "The merger of two innovation leaders will lead to the establishment of the only single-source provider of all essential wagon segments for railfreight throughout Europe. This will open us up to new customer groups and allow us to continue to address the market segment with the strongest growth potential."

Subject to clearance by antitrust authorities, the transaction is due to be finalised in the first half of next year.