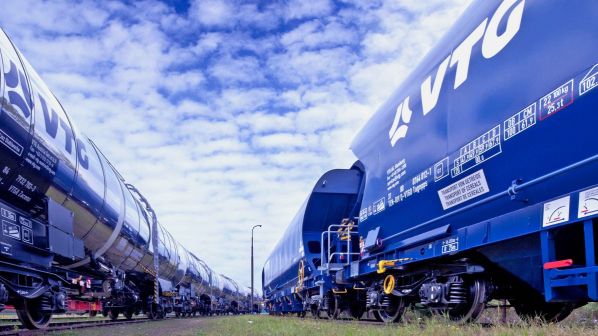 WAGON leasing company VTG has ended its activities in Russia, selling its wagon leasing and project logistics businesses in the country to international investors.

VTG says that it decided to sell the businesses following Russia’s invasion of Ukraine and in light of the resulting economic sanctions imposed on Russia.

“We continue to condemn the Russian war of aggression in Ukraine in the strongest terms and against this background we have decided to discontinue our Russian business activities and to sell the corresponding VTG organisational units,” says Ms Oksana Janssen, chief operating officer for Eurasia and Far East at VTG.

“We are currently experiencing a geopolitical turning point that not only brings great suffering to the people in Ukraine, but also entails fundamental changes in global politics and the economy. As a company, we also have to face this new reality.

“It is important for us to uphold the founding idea, which defines the European Union as an area for peace, democracy and human rights, and to support this with our business activities.”

In November 2021 VTG Rail Russia awarded Transmash a contract to supply 250 container wagons, each with a capacity of 73 tonnes, which were due to be delivered between the fourth quarter of 2021 and early 2022.

VTG Rail Russia had placed its first order with Transmash in 2019, with the manufacturer going to supply 439 wagons including some of the first pocket wagons to be produced for the Russian market.