EUROPEAN wagon leasing company VTG says it has reached a significant milestone in the takeover of Nacco, one of its smaller competitors, with the signing of purchase agreements by a consortium of bidders for part of Nacco to comply with rulings by the German and Austrian competition authorities. 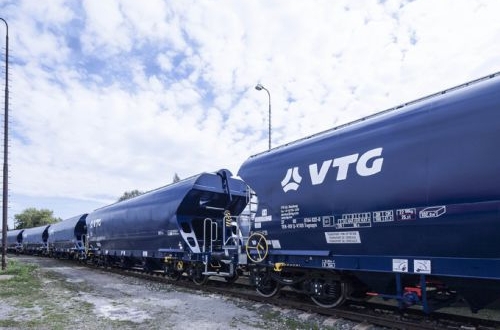 VTG's acquistion of Nacco has moved a step closer.

The German Federal Cartel Office and the Austrian Antitrust Court approved the purchase of Nacco in spring 2018 on condition that around 30% of Nacco’s business was first sold to an eligible third party from an antitrust perspective. “In the past few months, this part of the Nacco business, comprising the German and Luxembourg Nacco subsidiaries, as well as the related leases and the ownership of about 4400 wagons, was offered to a large number of prospective purchasers,” Nacco says.

Under the deal, Swiss wagon leasing company Wascosa has agreed to take over the operational business, including the workforce and wagon leasing agreements, and Aves One, Germany, has agreed to purchase the wagons. “The competition authorities have confirmed the consortium’s eligibility as a purchaser for antitrust purposes,” Nacco says.

The deal will result in VTG acquiring the remaining freight wagons from Nacco’s 14,000 fleet, which it will add to its own fleet of around 80,000 wagons.

“With the sale of a part of the Nacco business to the consortium of bidders consisting of Wascosa and Aves One, we have moved considerably closer to finalising the takeover of the Nacco Group, albeit in a reduced volume,” says VTG’s CEO, Dr Heiko Fischer. “We are satisfied with the sale process and the result, despite the long waiting time. Having reached this milestone, we can now move on with full vigour to the final preparations for the closing of the acquisition and the subsequent integration.”
VTG announced on July 1 2017 that it would be taking over CIT Rail Holdings (Europe) SAS and, with it, the associated Nacco Group.

VTG received a takeover bid in July from Morgan Stanley Infrastructure subject to the completion of the Nacco acquisition. The offer was rejected by VTG, which said it undervalued the company.