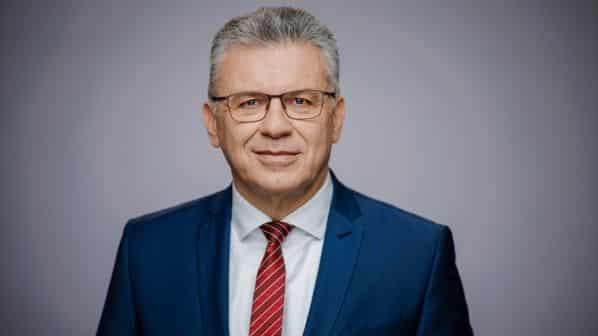 THE supervisory board of German Rail (DB) has elected Mr Werner Gatzner as its new chairman, his term of office running until the annual general meeting in March 2025 together with all other members of the board.

Gatzer succeeds Mr Michael Odenwald, the chairman of railway and transport union EVG, who resigned at the end of July after serving on the DB supervisory board for 19 years.

In the interim, business has been managed by supervisory board deputy chairman, Mr Klaus-Dieter Hommel.

He has been state secretary at BMF since 2005 and became a member of the DB supervisory board in February 2020.

“Werner Gatzer stands for this common path. We look forward to working together in the new role.”

“The traffic turnaround in Germany will only succeed with a strong and successful DB,” says Gatzer. On this path, the company will have to master major tasks in the coming years. So let’s tackle it together.”

Separately, DB has announced that its long-distance fares will rise by an average of 4.9% with the forthcoming timetable change on December 11.

DB points out that this is well below the current inflation rate of 8% in Germany, where prices have recently been rising at the fastest rate for 50 years, particularly energy costs.

Regional fares are rising by an average of 4%.

DB’s Super Saver fares remain unchanged at €17.90 and Saver fares stay at €21.90. Discounted fares for passengers under the age of 27 will still be available from €12.90.

Flexible fares will increase by an average of 6.9% from December 11.

The prices for the BahnCard 25, 50 and 100 products and for route-based season tickets will increase by an average of 4.9%. For commuters there will still be flexible multi-journey tickets for 10 or 20 single journeys, DB says.