XPRESSWEST, a subsidiary of American private operator Brightline, has received approval from the California Infrastructure and Economic Development Bank (CIEDB) to be reimbursed through a future bond sale for the cost of its planned 273.6km high-speed line from California to Las Vegas. 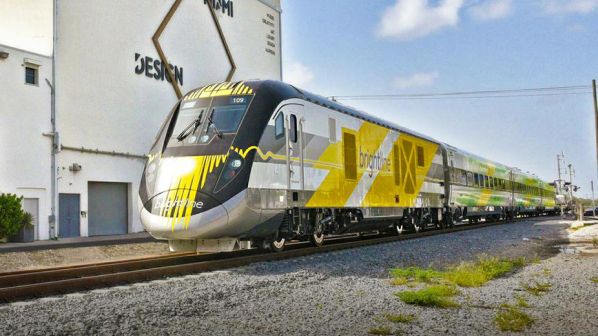 The original report by Bloomberg notes that although the approval is a positive development, XpressWest does not yet have the full authorisation to sell the estimated $US 1.65bn in debt. One of the required approvals is expected to occur in early 2021 according to a report by the authority that issues municipal debt for private borrowers.

The company already has approval to sell $US 4.2bn in municipal bonds for the initial phase of the project, and has said that it intends to market those unrated securities, the largest such high-yield deal ever, by the end of September.

The company is also looking to extend the line from Apple Valley to existing commuter rail stations in Rancho Cucamonga and Palmdale, which would bring it closer to downtown Los Angeles.

Ms Gayle Miller, a representative for the state’s finance department, said that while the first phase is a “priority project,” the department’s questions about right-of-way considerations received no response from the company. She also noted that the firm has yet to sell bonds for the project.

“We continue to believe that any financial transaction in this state deserves due diligence and at the very least questions answered in order to move ahead,” Miller said before casting the sole vote against the reimbursement resolution.

Brightline’s first passenger line in Florida, financed through tax-free bonds issued under its former name Virgin Trains USA, has suspended its services because of the pandemic. The operator is currently looking to boost ridership of the unprofitable line by adding stations.