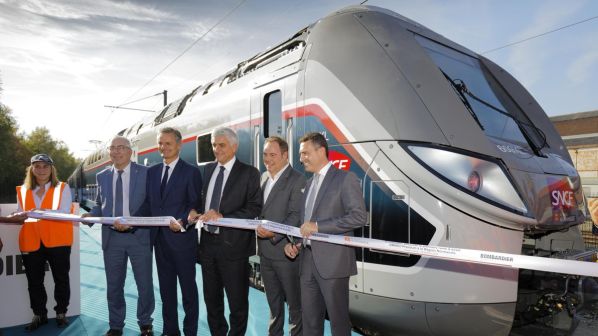 As part of the agreement, the French state is providing €720m for the renewal of rolling stock, including a €585m order for 40 Omneo Premium sets, which was placed in November 2016 using an option from SNCF’s 2010 framework contract for up to 860 Omneo trains. 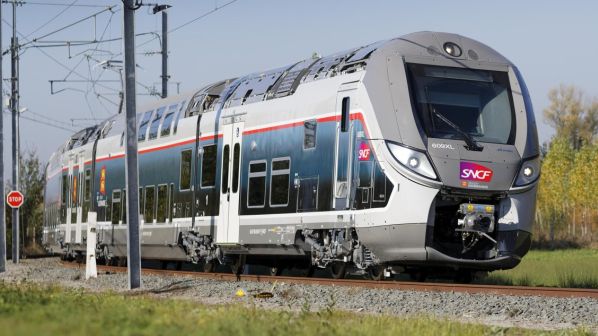 “Normandy has pioneered the transfer of inter-city lines to the region,” Morin says. “Normans were promised improvements in about fifteen years with the Paris - Normandy New Line (LNPN), but in less than two years the region will deliver trains offering quality and comfort worthy of the TGV.”

Each 135m-long 10-car train is fitted with 505 seats, which are being manufactured by Normandy-based firm Compin. The interior design was finalised following an online public consultation, SNCF-led discussions with eight user groups, and input from passenger associations. 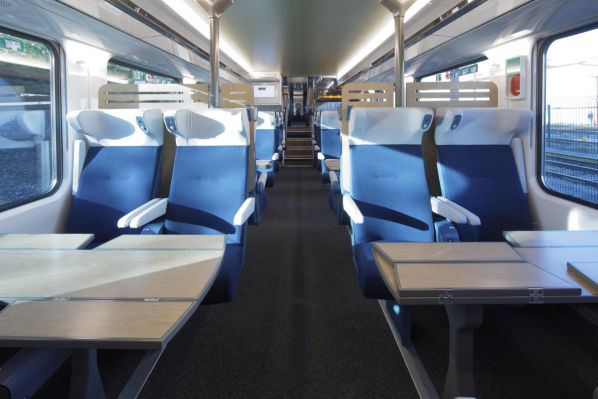 The train features zones optimised for different passenger groups such as families, business travellers and cyclists. Each seat has its own power socket and the trains are equipped with passenger Wi-Fi, and electronic seat reservation system, and a real-time passenger information system.

Bombardier has built three pre-series trains for testing and certification, which is being carried out at Crespin, the nearby Valenciennes Test Centre at Petite-Forêt, and the VUZ Velim test track in the Czech Republic, as well as the SNCF Network main line system.

The first train underwent daily testing on the Caen - Cherbourg route between late August and mid-October. From next month, this train will be used for brake testing and infrastructure compatibility testing in France, a process which will continue until June 2019. 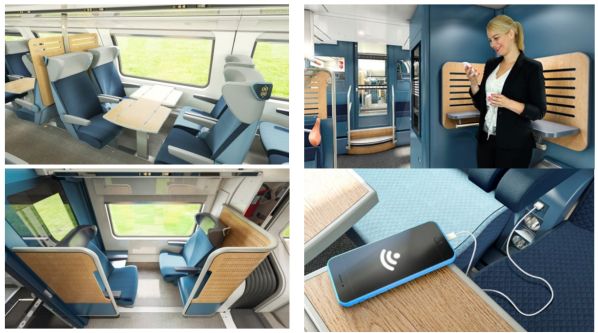 The second train, which was presented to the delegation from Normandy, is largely complete internally. This set will be moved later this month to Velim, where it is expected to remain until February 2019.

The third set will stay on site at Crespin until February 2019 for functional testing of interior equipment and it will also act as a testbed for fleet maintenance.

Testing of trains in multiple will begin at Crespin in March 2019 and on the national network in June 2019.

The first trains will enter commercial service in December 2019 and the fleet will be authorised for multiple operation by May 2020.

The test trains will then be used in a double coupled unit, starting in March 2019, for testing at Crespin and then on the national rail network until June 2019.