The contract will be extended to include new Alstom trains being delivered next year. 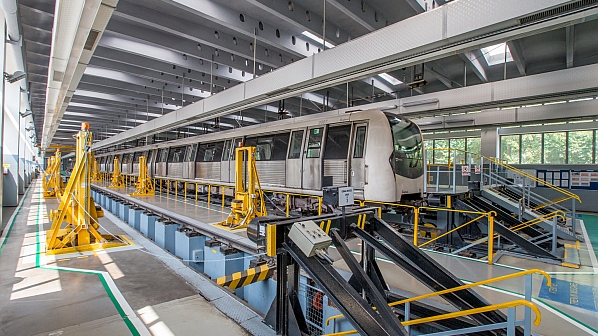 METROREX, Bucharest’s state-owned metro network operator, has awarded Alstom a €500m 15-year maintenance contract which will include preventative and corrective maintenance for 82 trains.

Alstom has been providing maintenance for Metrorex since 2004, and has already conducted more than 60 different refurbishment types across the fleet, which comprises 492 vehicles.

Alstom says that since 2004 train availability has risen from 56% to 99.96% and that on average the combined annual mileage of the current fleet is 8.5 milllion km. The current fleet consists of Astra IVA, Bombardier Movia 346 and CAF Metro trains.

The maintenance contract will be expanded in 2023 to cover the introduction of new Alstom Metropolis trains ordered in 2020 by Metrorex for Line 5, which opened in September 2020. At least 13 six-car trains will be delivered, with an option in place for a further 17 as part of a contract worth up to €240m. Alstom says more maintenance staff will be recruited as a result.