Alstom was competing against a CAF-led consortium for the contract. 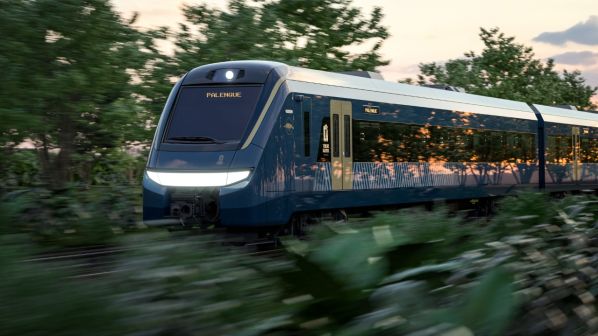 Fonatur has issued an artist's impression of the new train.
Photo Credit: Fonatur

MEXICO’s National Tourism Promotion Fund (Fonatur) announced on May 26 that a consortium led by Alstom (formerly Bombardier Transportation México), was the successful bidder for an open international public tender for the acquisition of 42 trains and railway systems for the 1452km Mayan Train project on the Yucatan peninsula.

Fonatur says the Alstom bid had the highest score and the lowest cost. Alstom bid Pesos 36.6bn ($US 1.84bn) compared with the CAF consortium’s offer of Pesos 37.5bn, representing a saving of Pesos 890m.

The contract, which is expected to be signed on June 9, comprises design, manufacture, testing and commissioning of:

The contract will also include after-sales service and maintenance of the fleet and equipment, as well as the transfer of knowledge.

Testing of the equipment will start in 2023 prior to the opening of the Mayan Train network.

The trains will be operated on the first five sections of the line from Palenque via SF Campeche, Izamal, and Cancun to Tulum. There is also an option to purchase an additional 27 sets for the remaining two Mayan Train sections, which are new build sections between Tulum, Bacalar and Escárcega. The network will be electrified on a 690km stretch between Merida on section three and Chetumal on section six.

For an in-depth report on the Mayan Train project, see the November 2020 edition of IRJ p36, or click here.