The project is facing delays, with only preliminary works underway. 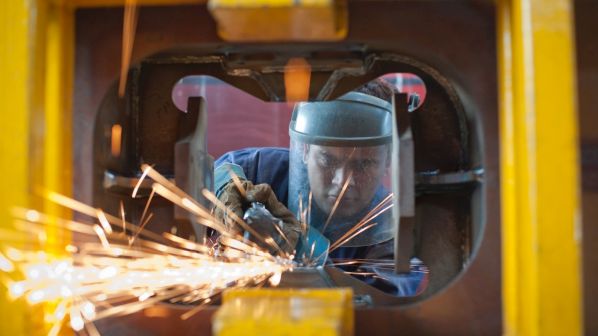 ALSTOM has terminated a Rs 18.5bn ($US 242.7m) contract to design and supply 39 six-car metro trains for Mumbai Metro’s Wadala - Kasarvardavali Line 4 and the Kasarvardavali - Gaimukh Line 4A extension, following delays and uncertainties in project execution.

A Letter of Acceptance (LOA) for the rolling stock for the under-construction 35.2km line was signed by Alstom and the Mumbai Metropolitan Region Development Authority (MMRDA) in March 2021. Under regular practice in India, the contract is usually formalised within two months of the signing of the LOA, but this is yet to take place.

“Following the signing of the LOA, there have been overall challenges in progressing with project execution due to delays on various fronts, including civil work,” an Alstom spokesperson told IRJ. “Alstom engaged with relevant stakeholders to find a possible resolution. After exhausting all avenues, a decision has been taken not to proceed with the contract.”

Despite repeated efforts to reach them, the MMRDA officials remained unavailable for comment.

Construction of the Rs 145bn 32.32km Mumbai Metro Line 4 began in June 2018 and the elevated line with 32 stations was due to open this year. However, only preliminary civil work such as utility relocations, soil investigation and construction of casting yards have been completed, and the line could be delayed by at least two years, an official told IRJ.

Several metro projects in Mumbai are facing cost and time overruns after the Maharashtra state government decided in 2019 to scrap plans to construct an integrated depot in the Aarey Colony area. This was replaced in October 2020 with plans to relocate the depot to a 41ha area in Kanjurmal, but plans remain stalled following a disagreement between the central and state government over land ownership.

Land acquisition issues have also stalled civil works on lines in the city. The Mumbai Metro Rail Corporation Limited (MMRCL) has not yet taken delivery of Alstom trains for Line 3 that have been ready since last year due to delays, with only 18% of track laying completed as of January 2022.

For detailed data on metro projects in India and around the world, subscribe to IRJ Pro.