Three-car trains to increase capacity on Shepparton and Warrambool lines. 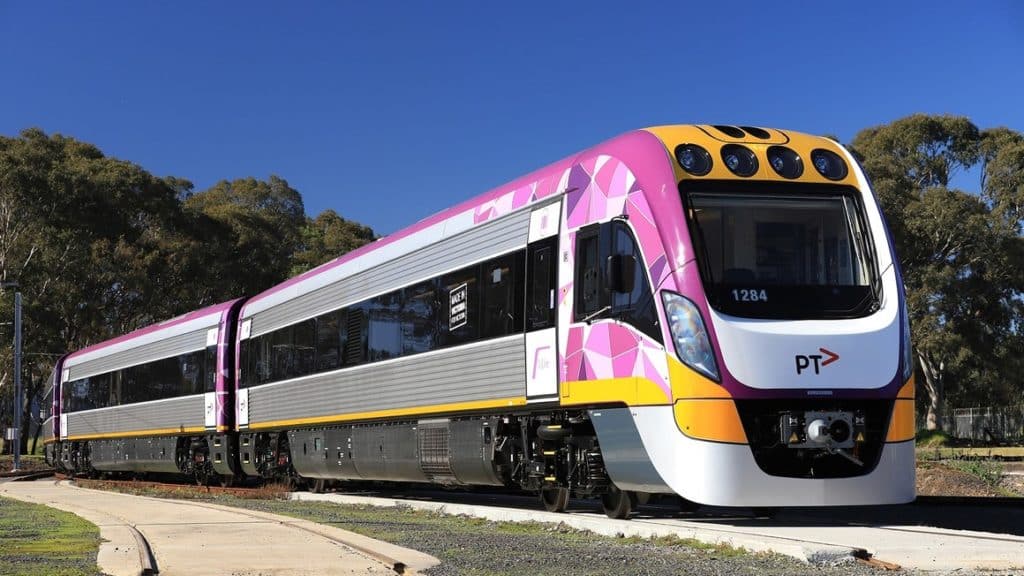 The Department of Transport in Victoria is purchasing an additional 12 three-car VLoctiy DMUs from Alstom for use on its broad gauge routes.
Photo Credit: Alstom

THE Department of Transport (DoT) in the Australian state of Victoria has exercised an option under an existing contract to purchase from Alstom an additional 12 VLocity DMUs, comprising a total of 36 cars for the regional 1600mm gauge network.

The new DMUs have been ordered under the third option on a contract originally awarded by Victoria in 2018. An order for 27 VLocity DMU cars was placed with Bombardier in 2017.

The 12 DMUs ordered from Alstom following its acquisition of Bombardier Transportation will consist of three cars each and will operate on the Shepparton and Warrambool lines, enabling additional services to be provided.

Since 2001 Bombardier and Alstom have received orders for a total of 118 1435mm and 1600mm-gauge VLocity regional trains for Victoria’s V/Line network. Of those trains, 99 are currently in service and 19 are still to be manufactured at the Alstom plant in Dandenong, Victoria.

The trains comprise approximately 65% local content, providing a boost not only for the state’s rolling stock supply chain but also for local jobs and skills development.

“These locally designed and manufactured trains have proven themselves to be safe, comfortable and reliable for nearly two decades,” says managing director of Alstom Australia and New Zealand. Mr Mark Coxon. “This is a true testament to the skills, workmanship and dedication to quality of our local employees.”