Alstom will build 19 five-car rubber-tyred MP14 metro trains with driver’s cabs for Line 11 of the Paris Metro in a €132m deal. 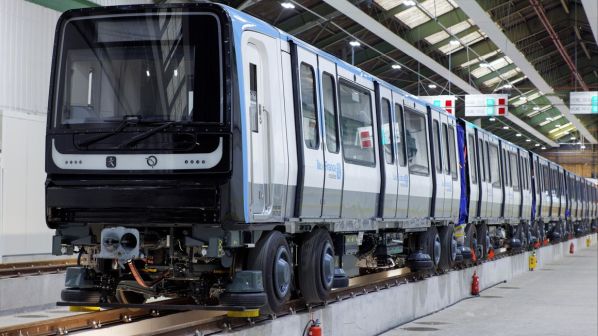 The contract is worth €132m and falls within the framework of the MP14 contract signed in March 2015 for a maximum of 217 of these trains, which will be supplied over 15 years. The overall deal is worth €2bn.

The latest order for 19 trains is entirely funded by Île-de-France Mobility, and the fleet will be operated by Paris Transport Authority (RATP).

“The progressive arrival of MP14 metros on Lines 14, 11 and 4 (in that chronological order) will directly improve the daily lives of hundreds of thousands of passengers in Paris and the Île-de-France region,” says Alstom France president, Mr Jean-Baptiste Eyméoud.

The new batch of 19 trains will operate alongside a batch of 20 five-car trains ordered in February 2018. Construction of these sets began in the final quarter of 2020 and testing will begin on the RATP network this summer.

Alstom says the new trains will feature regenerative braking and reduce noise levels on Line 11 by 40%,. They feature improved accessibility due to larger spaces around doors and are fitted with boomerang-shaped seats to improve passenger flow and train capacity. In addition, theMP14 metro cabs for the Line 11 trains have been designed using feedback from previous generations of cabs and feature the latest ergonomic developments, which have been validated by both RATP drivers and occupational physicians.

Of the initial deal signed in 2015, and in addition to the Line 11 order, 35 automated eight-car MP14s were ordered for Line 14 along with an additional 20 automated six-car trams for Line 4 in January 2017.

Alstom says about 20 automated metro trains for Line 14 will be delivered by the end of the year, while testing of the first six-car sets for Line 4 is underway.

Eight of Alstom’s 16 French sites are working on the project: