Alstom to deliver at least 20 Coradia Stream EMUs to Romania

There is an option in the contract for a further 20 trains. 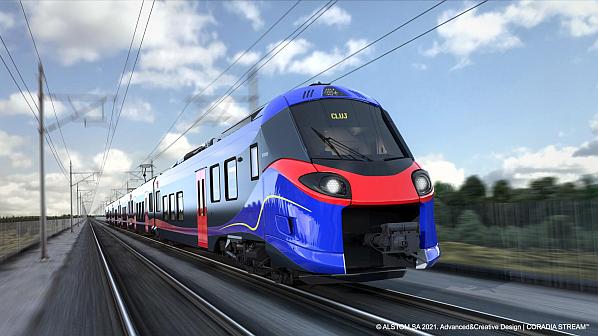 ROMANIA’s Railway Reform Authority (ARF), which is responsible for managing PSO rail contracts, has awarded Alstom a €270m contract for the delivery of 20 Coradia Stream inter-regional EMUs and an associated 15-year maintenance contract.

The contract has an option for a further 20 trains. Including extended maintenance on the entire fleet, the contract could eventually be worth €750m.

The fleet will be equipped with a passenger information system which will include a sound system and dynamic display system. Each vehicle will also have large luggage racks.

The trains will be fitted with a digital system for passenger counting using high-precision sensors. Each train will have four ecological toilets. The final configuration, colours and finishes will be fully customised according to the requirements of ARF during the design stage.