Deliveries are due to start this year. 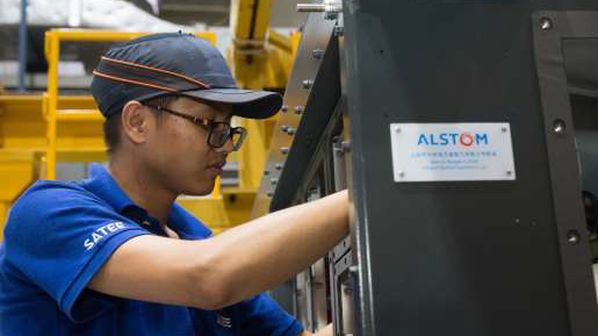 ALSTOM has announced the award to its Chinese joint venture Shanghai Alstom Transport Electrical Equipment (SATEE) of a contract to supply traction equipment and auxiliary systems for 258 metro cars to operate Line 6 of the Nanjing Metro.

The contract was awarded by Nanjing Metro and rolling stock supplier CRRC Puzhen to SATEE, where Alstom has a 60% stake.

Production will be undertaken by SATEE in China with support from Alstom sites in Belgium, France and India. Traction motors will be supplied by Xi’an Alstom Yongji Electric Equipment (XAYEECO), a joint venture in which Alstom holds a 51% stake.

Opt-Onix is intended to improve operational performance and reduce lifecycle costs through its lightweight and compact design, and the use of regenerative braking to return current to the traction power supply system.

Currently under construction, Line 6 of the Nanjing Metro will be 32km long and serve a total of 19 stations. It will provide interchange with Line S1, where Alstom supplied the traction equipment for the airport rail link fleet.

For detailed data on metro projects in China Asia, subscribe to IRJ Pro.