Alstom to supply trains for Bhopal and Indore metro projects

The two contracts include train maintenance and CBTC and telecommunications systems. 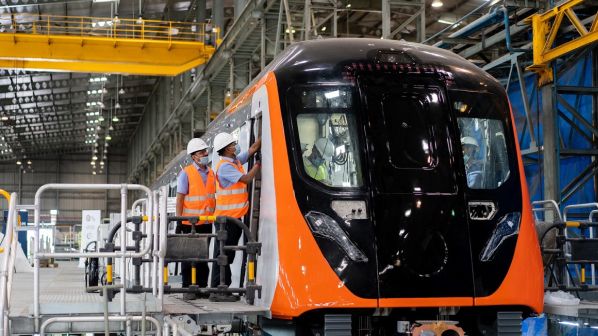 Alstom will supply trains to the new Bhopal and Indore metros.

MADHYA Pradesh Metro Rail has awarded Alstom a Rs 32bn ($US 405m) contract for supply of 156 Movia metro cars for the Bhopal and Indore metro projects. The 80km/h trains will be built at Alstom's manufacturing facility at Savli in Gujarat.

Alstom will be responsible for the design, manufacture, supply, installation, testing and commissioning of 52 standard-gauge three-car Movia metro trains, 27 of which will be for Bhopal and 25 for Indore. Alstom will also maintain the trains for 15 years.

The order includes the supply and installation of the latest generation of Communication Based Train Control (CBTC) and telecommunications systems, each with a seven-year maintenance contract.

Indore, the largest city in the state of Madhya Pradesh, plans to build a 124km network starting with the 31.5km Yellow Line. This circular line will comprise 24km of elevated track and 7.5km underground. However, construction has yet to start. mainly on account of funding issues. The Asian Development Bank has reportedly agreed to fund the project with the India government acting as guarantor.