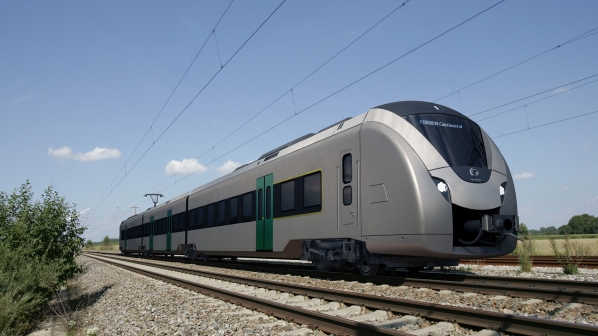 The order is an option from a contract signed in 2014 for the supply of 29 Coradia Continental EMUs, all of which entered service on the Mid Saxony Electric Network in 2016. Alstom will also maintain the new trains up to 2032. Further options foresee the supply of an additional 12 trains.

Speaking to IRJ, Alstom’s vice-president for regional trains, Mr Brahim Soua, said the BEMUs will bridge the 80km non-electrified section of line between Chemnitz and Leipzig.

“With the Coradia Continental BEMUs we are able to offer autonomy over 100-120km, which is enough for several networks which have non-electrified sections,” Soua says. “This was not the case several years ago where the level of autonomy was close to 40km. This is thanks to an improvement in the battery’s capability to store more energy for the same mass of battery.”

The trains will be built at Alstom’s site in Salzgitter in Lower Saxony. The battery traction sub-system is designed and supplied by Alstom’s centre in Tarbes, France, and Alstom is set to award a contract to a battery sub-supplier for the contract imminently.

The new trains will be similar to BEMUs already in service in Dresden, Riesa and Zwickau but with improved performance from the batteries which are fitted on the roof. The batteries have a life of six to eight years, after which point they will require replacement.

Soua says the battery train complements Alstom’s hydrogen traction solution through the Coradia iLint, with 40 of these trains sold in two contracts in Germany. Soua says he sees significant demand for battery trains in Belgium, the Netherlands, Sweden, Spain and Italy. However, with approximately 30-40% of their 30,000-40,000km networks not yet electrified, he believes the greatest demand will come from Germany and France.

Outside Europe he sees greater demand for hydrogen applications, revealing that Alstom has held discussions with interested parties in New Zealand and the United States.

“There are several opportunities coming and, through either of the technologies – battery or hydrogen, we are able to meet the individual country’s need,” Soua says. “We are sure that these emission-free solutions are the future for Europe and we are ready to deliver.”