Up to 37 trains included in Line 18 contract. 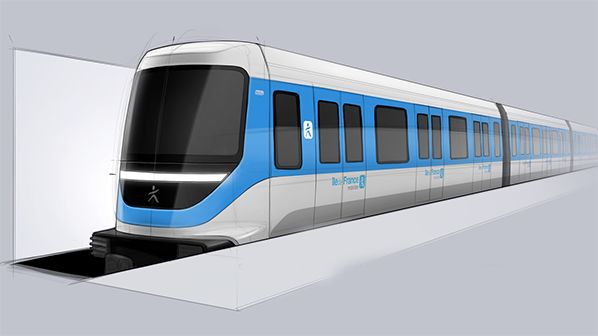 ALSTOM has been selected by Société du Grand Paris (SGP), in agreement with Île-de-France Mobility (IDFM), to supply up to 37 trains and the automation systems for the new Grand Paris Express Line 18.

Initially 15 100km/h trains will be built by Alstom at its Valenciennes Petite-Forêt plant. There is an option for a further 22 trains.

The trains are based on Alstom’s Metropolis metro platform ordered for the French capital’s Lines 15, 16 and 17, but the design will be modified to meet the line’s extra capacity requirements, including fitting three wide doors per car to improve boarding and alighting.

The trains will have capacity for 498 passengers of which 54 will be seated. The trains will also be equipped with passenger information systems including digital route maps and USB sockets.

Alstom’s Saint-Ouen and Villeurbanne facilities will supply the ATO, data transmission and centralised control systems and carry out system integration.

Finance is being provided by SGP and IDFM, which are responsible for the rolling stock and on-board equipment.

The 35km Line 18 is due to be completed by the end of 2030. The first section is scheduled to open in 2026 between Massy-Palaiseau and CEA Saint-Aubin, followed by Massy-Palaiseau - Orly Airport in 2027.