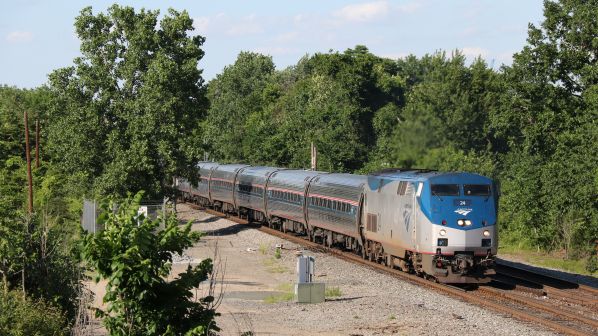 AMTRAK has selected Siemens as the preferred bidder to supply a fleet of 83 bi-mode Intercity Trainsets (ICTs), after launching a competitive procurement in January 2019.

The ICTs will operate on the Northeast Corridor, as well New York - Savannah Palmetto services and various state-supported routes. They will replace legacy fleets that have been in service for a number of decades, including some which entered service before Amtrak began operating in 1971. This includes Amfleet I cars (late 1970s), cab cars converted from the original late-1960s Metroliner EMUs, and Cascades service articulated Talgo coaches from the late 1990s.

The contract, which is expected to be signed in the summer, will include a long-term service agreement for technical support, spares and material supply.

“This new state-of-the-art equipment will not only provide Amtrak customers with an enjoyable and efficient travel experience, it will also enable us to improve safety, increase passenger capacity and reduce carbon emissions,” says Amtrak CEO, Mr Bill Flynn.

Amtrak released a Request for Proposals (RFP) for the new trains in January 2019 after issuing a Request for Information (RFI) to seek a replacement for the Amfleet I fleet in June 2018.

The RFP called the fleet to feature amenities such as Wi-Fi, improved seating, weather-tight doors and vestibules and barrier free access throughout the trains. The new trains must also have large windows, improved air-conditioning and newly designed toilets, and must also have bi-directional operating capability.

For detailed data on fleet orders in the United States, subscribe to IRJ Pro.