THE Bucharest city council has awarded a consortium of Astra Vagoane Călători, Romania, and CRRC Qingdao Sifang, China, a contract worth Leu 840m ($US 200m) to supply 100 Astra LRVs, following a legal challenge. 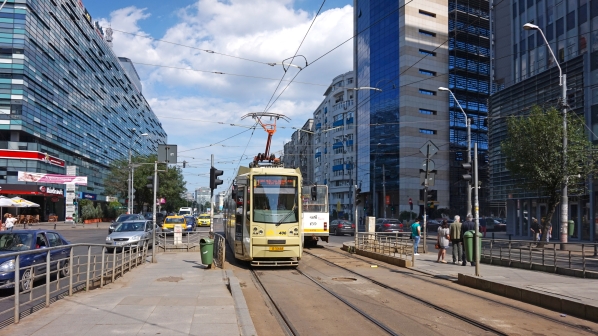 The city hall lost an appeal after its initial decision to award the contract to Durmazlar, Turkey, was overruled by the National Council for the Settlement of Appeals (CNSC).

The CNSC found that Durmazlar’s bid should not have been considered after the company failed to submit a delivery schedule by the required date, instead including it as a supplementary document.

A legal challenge of the CNSC’s decision in the Bucharest Court of Appeal brought by the mayor, Ms Gabriela Firea, was unsuccessful.

The tender from the city council called for 36m-long fully low-floor three-car LRVs, with capacity for 220 passengers including 56 seated. The vehicles will be equipped with air-conditioning, CCTV, Wi-Fi and passenger information system.