The state regards the new trains as a flagship for local passenger transport in the Stuttgart area. 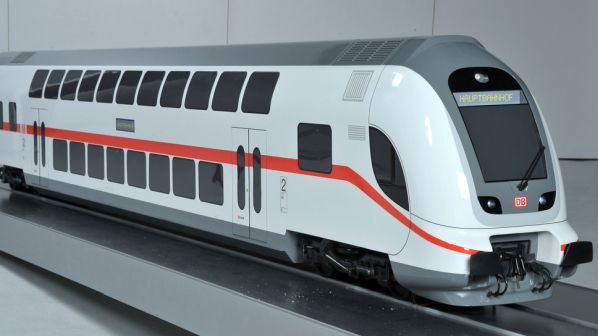 An order for double-deck EMUs in Baden-Württemberg has been delayed due to an appeal by one of the bidders.

THE state of Baden-Württemberg has announced that a contract it was due to sign for 130 double-deck EMUs has been delayed because a rival bidder has lodged an appeal. Although the competitor’s original appeal with the Procurement Office was rejected, the company has now lodged an appeal with Karlsruhe’s Higher Regional Court.

“As a state, we regret this delay because we are interested in a quick contract, but the delivery and production dates have so far also been guaranteed,” says Mr Berthold Frieß, head of the state Ministry of Transport.

The new trains need to be available in time for the opening of the new underground through platforms at Stuttgart Main Station and connecting tunnels in December 2025.

The trains will have a maximum speed of 200km/h and will be equipped with ETCS to enable operation on the new lines under construction as part of the Stuttgart 21 project and on the new high-speed line to Ulm. The trains will have a high level of comfort with more first-class seats than previous trains. Frieß says the state will involve representatives of disability associations to assist in accessibility requirements for the trains.

The contract will include maintenance for 30 years. “In this way we want to ensure that it is worthwhile for the manufacturers to produce high-quality and reliable vehicles,” Frieß says.