The ICNGB fleet built by Alstom will operate between Amsterdam and Brussels. 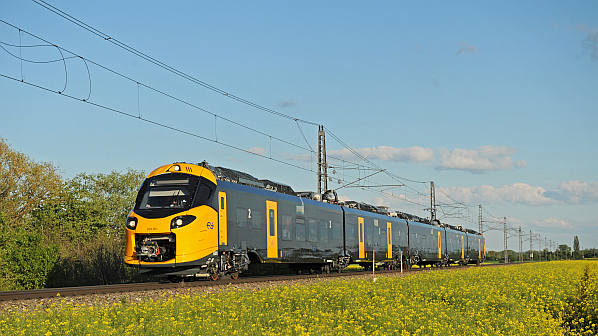 The trains will operate in the Netherlands and Belgium and are a variant of the ICNG new generation inter-city sets used by NS.

Certifer acted as the designated body (DeBo) for the Belgian part of the project to check the trains conform with the country’s Notified National Technical Rules.

Certifer is the Notified Body (NoBo) in the framework of the Technical Specifications for Interoperability - Command, Control and Signalling (TSI-CCS) which means the certification is relevant for both the Netherlands and Belgium. The certification files have been sent to the European Union Agency for Railways (ERA) which, if all legal requirements are met, will grant the Authorisation to Place on the Market (APOM),the legal permit to put a train into service.

ICNG and ICNGB trains are based on the Alstom Coradia Stream platform. NS ordered 49 five-car and 20 eight-car dual-voltage ICNG sets for use in the Netherlands on the HSL-South high-speed line and national network. The trains will replace the Traxx and ICRm coaching stock on the inter-city service between Amsterdam and Brussels

Alstom has begun the development of an ICNGD for cross-border operation between the Netherlands and Germany and will be capable of operating using 1.5kV dc, 1.5kV 16.7Hz ac and 25kV 50Hz ac. Two prototypes have been ordered NS is expected to place a firm order in the near future.