BERLIN Transport Authority (BVG) has awarded Bombardier Transportation a €571m framework contract for the supply of up to 117 Bombardier Flexity low-floor LRVs, with an initial order for 20 vehicles. 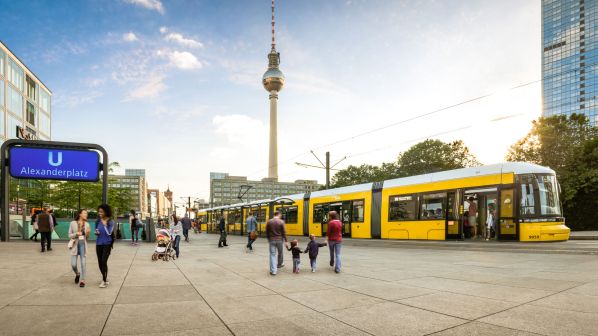 Delivery of the initial order, which is worth €115m, is scheduled to begin from late 2022. The order comprises 17 50m-long nine-car LRVs and three five-car LRVs. The contract also covers the supply of spare parts for the new fleet for up to 32 years.

The LRVs are equipped with low-noise bogies, a touch-screen interface in the driver’s cab, and an Obstacle Detection Assistance System (ODAS), as well as low-energy air-conditioning and multi-functional areas for bikes, wheelchairs, and pushchairs for passengers.

BVG has previously ordered 231 Flexity LRVs, including 210 vehicles from a framework contract awarded to Bombardier in 2006, delivery of which will be concluded in 2021. The new order will further increase BVG’s fleet to 251 LRVs.