THE states of Berlin and Brandenburg have launched a tender to operate two groups of S-Bahn lines in Berlin, which includes the delivery and maintenance of up to 540 four-car trains. 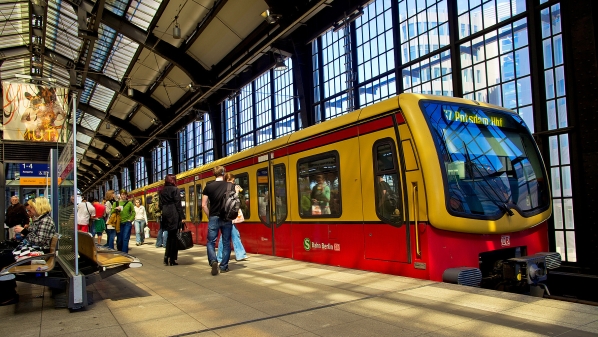 The tender, which is being carried out as a negotiated procedure with prior call for competition, comprises four lots.

The contract for the North-South sub-network will have a staggered start between December 13 2027 and September 11 2034, running until December 2042, with around 16 million train-km a year when all services are operating.

The Stadtbahn sub-network contract will have a staggered start between February 7 2028 and May 30 2033, running until February 2043, with around 14 million train km a year when all services are operating.

The tender includes two separate lots for the supply and maintenance of vehicles for the sub-networks, each with a term of 30 years to incentivise a durable design for the new fleets. The first lot includes an order for 170 four-car “half trains” for the North-South subnetwork, with the second lot including 157 half trains for the Stadtbahn sub-network. The tender includes options for a further 125 and 88 half-trains across the North-South and Stadtbahn networks respectively. The maintenance contracts have options to be extended by up to three years.

The tender states that the decision on whether both fleets will have multi-system capability for operation on 700V dc third rail and either 1.5kV or 1.2kV dc, or will be convertible to multi-voltage operation, has not yet been made.

The State of Berlin, possibly with the participation of the State of Brandenburg, will set up a state-owned rail vehicle company to own the fleets. The Berlin-Brandenburg Transport Association is acting as the awarding authority for the tender, which is expected to take two years to complete.

The state of Berlin says the tender will result in numerous improvements in service and quality, including new connections, and an increase in frequency and capacity. The new vehicles will be designed with barrier free access, featuring new systems such as improved air-conditioning and passenger information systems.

For rail tenders from around the world, subscribe to IRJ Pro.