BOMBARDIER has completed the first 200km/h three-car Zefiro Express train from an order for 45 placed by Swedish regional transport authority Västtrafik in 2018. 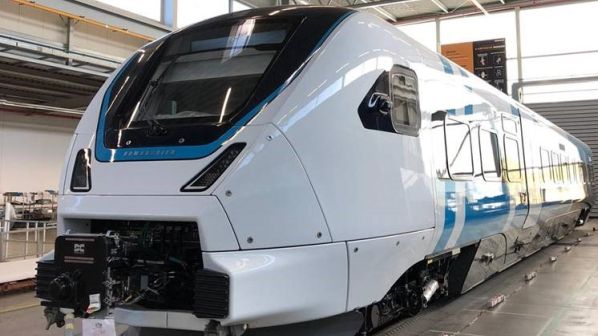 Västtrafik, which is responsible for public transport services in the Swedish county of Västra Götaland, has approved the build and awarded a delivery certificate, enabling the testing and commissioning phase to begin.

The train will now undergo testing at Bombardier’s Hennigsdorf site in Germany ahead of delivery to Västtrafik for commissioning next year. The first trains will enter full service at the end of 2021.

“The next steps are to undertake a series of static tests to ensure all onboard systems and equipment are fully functional and safe, followed by dynamic testing where we will witness the first Zefiro Express train in motion for the first time in the safe environment of our purpose-built test track,” says Mr Henrik Junkrans, project execution director for the Nordic countries at Bombardier Transportation.

The 80m-long trains were ordered under a contract signed in April 2018, which included an initial order for 40 three-car trains worth SKr 3.8bn ($US 456.9m). A further five trains were ordered in November, with options for up to 55 additional trains still unexercised.

The trains, which have capacity for 270 passengeers, have a maximum speed of 200km/h and are electrified at 15kV ac. The trains are able to operate in low temperatures of -40°C and snow drifts up to 80cm deep, with a robust propulsion system, a single-axle drive and wheel-slide protection.

The trains will replace older rolling stock in Västra Götaland and increase capacity on the network. Ridership in the region has increased dramatically in recent years, and is expected to increase to 130,000 passengers per day by 2035.