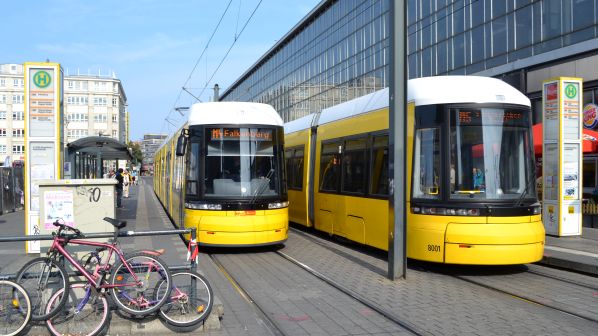 Bombardier was awarded a framework contract in 2006 for up to 210 vehicles and BVG exercised its final option from the deal in February 2017.

BVG says it now needs additional trams to meet the targets of Berlin’s Mobility Law, which states the capital’s public transport services should be fossil-fuel free by 2030, and cope with population growth that was not foreseen when the tender for the original 2006 order was drawn up.

BVG argues that provisions in the contract with Bombardier enable it to directly order additional vehicles outside the scope of the original framework without launching a new competitive tender. The operator claims this would enable delivery before 2022, whereas procurement of vehicles through a competitive tender would push delivery back to 2026.

BVG says it “has decided to limit the contract extension to a minimum in order to avoid any adverse effects on competition,” and has therefore opted to order only 21 vehicles, equivalent to 10% of the original framework.

The proposed order, which was an estimated value of €74.1m, was endorsed by Berlin’s transport senator Mrs Regine Günter last month.

Delivery of the bidirectional vehicles will take place between July 2020 and May 2021.

The extension of the Bombardier LRV order follows a legal dispute between BVG and Siemens over the operator’s decision to order small-profile Stadler trains for large-profile U-Bahn lines to avoid the need for competitive tendering. The two companies reached an out-of-court settlement in July.