AUCKLAND Transport (AT) has released a photo of the first of a second batch of AM class EMUs currently being built by CAF in Spain, which is currently undergoing final electrical testing before being shipped to New Zealand. 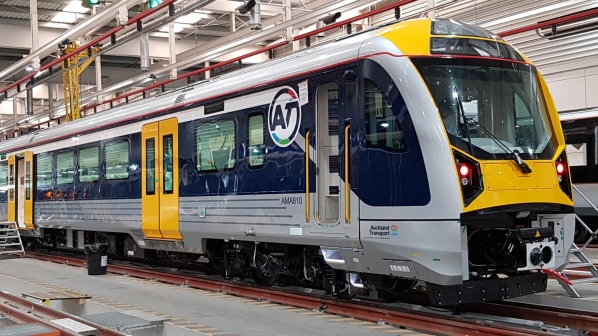 The first train is expected to enter service by the end of the year and will increase capacity on existing services, allowing most peak services to operate with six-car trains.

The fleet of 15 trains were ordered under an option from a previous order, after AT and the NZ Transport Agency (NZTA) backtracked on a plan to introduce 17 Independently-Powered Electric Multiple Units (IPEMUs) to replace DMUs on suburban services to Pukekohe following political indications that the line would be fully electrified.

AT currently operates a fleet of 57 AM class sets, which entered service from 2014 onwards.