ITALIAN national operator Trenitalia has awarded CAF subsidiary CAF Italia a contract to provide preventative and corrective maintenance services for its fleet of 59 Frecciarossa ETR500 high-speed trains. The six-year contract is worth €120m, with an option for a six year extension. 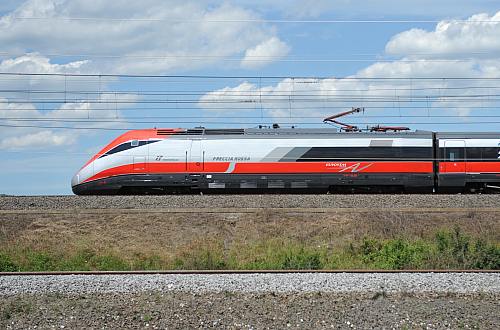 The ETR500 trains are used by Trenitalia’s long-distance division.

Maintenance activities will mainly be carried out at Trenitalia workshops in Naples and Milan, as well as Trenitalia’s facilities in Venice and Rome. The contract also includes technical support both on-track and at the main stations served by the ETR500 fleet.

All tasks will be performed by CAF’s subsidiary, CAF Italia, whose personnel are qualified by the Italian National Railway Safety Agency (ANSF). The project will employ more than 300 people who will join CAF Italia’s current maintenance staff.