CAF to supply LRVs for Hannover and Canberra

The contract for Hannover includes 42 LRVs, with an option for 233 more. 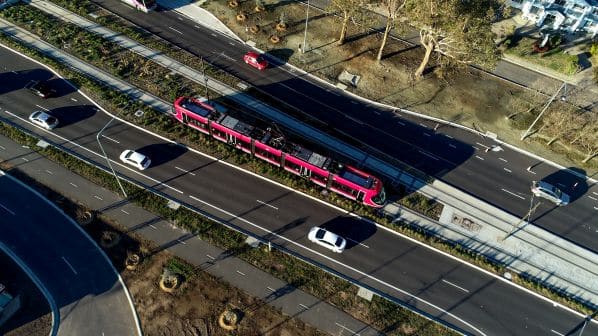 CAF has been awarded two contracts to supply LRVs for Hannover and Canberra worth a combined €220m.

Hannover public transport operator Üstra has awarded CAF a contract to supply 42 type TW 4000 LRVs, with an option for up to 233 more. The first vehicles are scheduled to be delivered in the second half of 2025 and will replace older TW 6000 and TW 2000 models.

The Australian Capital Territory has also ordered another five LRVs equipped with On Board Energy Storage Systems (OESS) to operate on catenary-free sections of the Canberra Metro Operations (CMET) light rail line.

The five new units will be used alongside 14 units previously supplied to the Australian capital. The contract includes maintenance of the new LRVs and the upgrade of the existing units to equip the entire LRV fleet for catenary-free operation.

The new LRVs will run on the existing line linking the centre of the Australian capital with the Gungahlin area and its future extension.

For detailed data on LRV orders from around the world, subscribe to IRJ Pro.