The locomotives are from an order for 14 from Stadler, which includes a standard gauge variant. 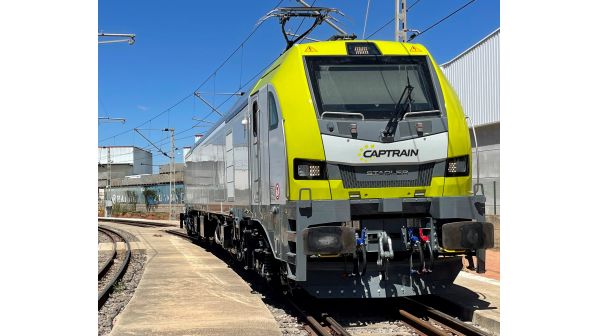 The units are from an order for 14 Stadler Euro6000 locomotives agreed in 2018 with rolling stock leasing company Alpha Trains, which ordered the locomotives from Stadler Valencia. The remaining eight locomotives will be standard gauge while the agreement offers the long-term lease of up to 21 locomotives.

The 3kV dc/25kV 50Hz ac dual-voltage locomotives can operate on Spain’s newly electrified lines such as the Pajares Bypass or the Zaragoza - Teruel - Sagunto line. They will also be the first electric locomotives to haul cross-border rail freight between Spain and Portugal, although certification in Portugal has not yet begun.

The Co-Co units have a 5.6MW power rating under 3kV dc and 6MW under 25kV ac electrification, making them the most powerful locomotives on the Iberian Peninsula.

The eight standard gauge locomotives are designed for international traffic between Spain, France and Luxembourg. Certification began in March 2021 on Spain’s Tardienta - Huesca line with further testing underway in France.

Unlike the Iberian gauge version, the standard gauge locomotives will be tri-voltage, operating under 1.5kV dc, 3kV dc and 25kV 50Hz ac electrification.